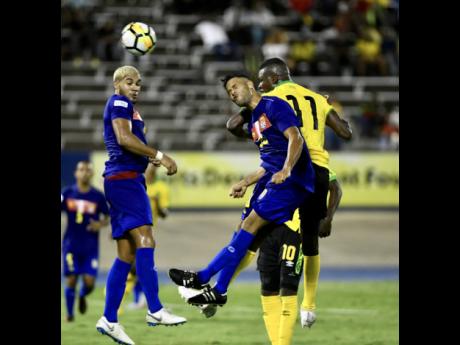 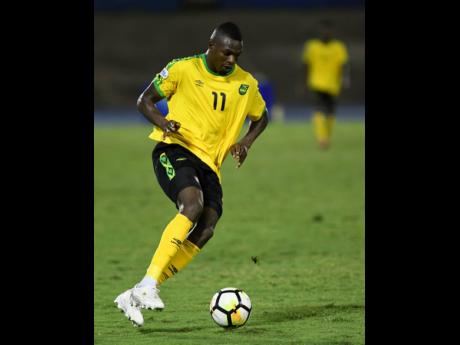 National senior men's football team manager Roy Simpson is hoping Jamaican striker Cory Burke will get his green card issue resolved in time for this summer's CONCACAF Gold Cup. Burke's P1 Visa (specific to athletes) was cancelled, for what was said to be personal issues, and Philadelphia Union Sporting Director Ernst Tanner said that the Major League Soccer club expects to be without him for at least three months, as a result.

But Simpson said the Jamaica Football Federation (JFF) is willing to offer any assistance it can give to the 27 year old.

"We (JFF) haven't received anything official (on Burke's situation), so I can't really comment," Simpson said. "What I have read is from the press. But what I can say is that I have read the report from the club and when they communicated with us, they didn't say anything different from what the release was saying."

But with the Gold Cup provisional squad of players due for submission on May 16, Simpson said Burke had been made aware of the deadline for submitting his requirements.

"It is from that 40-man list that the final squad will come, so whatever the situation is, he and his handlers will have to sort it out. But whatever support they ask us for, we will be willing to assist. We have communicated the deadline for the 40-man provisional list, so everybody knows the deadline and what is required to register on the provisional list," he added.

Burke was in the process of renewing his visa and obtaining his green card when his P1 Visa, which allows him to play in the United States, was cancelled. It could take another three months, maybe even longer, before the player can renew the process, as a result he would not be available for the national team for its Group C games in the United States. However, he could feature for the Reggae Boyz in their first game, which will take place at the National Stadium in Kingston.

Meanwhile, Burke's agent, Damani Ralph, said contrary to common belief, Burke's visa was not cancelled because he committed a crime.

"I can't share much more than than what was initially put out by the club that it is a personal issue," Ralph told STAR Sports. It is a sensitive topic, but Cory is a good kid. He's been through a lot, and everything he does is for his daughters. People will always think the worst, but that is not the case.

"I will have an update maybe in the next few days, but the hope is that it can be done before the Gold Cup."

Burke has scored six goals in 16 international appearances. Last season, he played 29 regular season games for the Union, and was their joint top scorer with 10 goals and an assist. In seven matches so far this season, Burke has netted two goals.