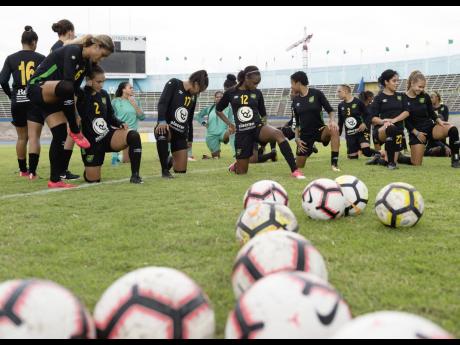 Members of Jamaica’s Reggae Girlz squad stretch before the start of a training session at the National Stadium. 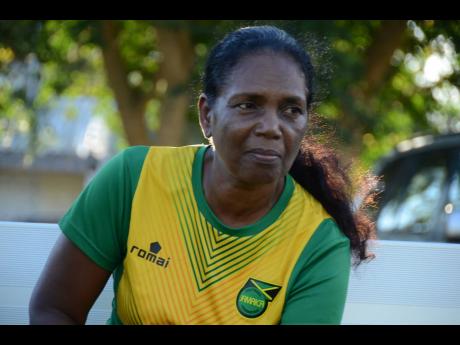 National senior women's football team manager Jean Nelson has described the squad assembled for the training camp, ahead of the upcoming friendly international against Panama, and next month's FIFA Women's World Cup, as a strong one.

Nelson says the players are now in Miami, Florida.

"They just called the Panama squad, but they are still waiting on those players (to be cleared by FIFA) to pick the World Cup squad," she said. "They are coming in (camp on) the 12th, they play Panama on the 19th, and leave the 20th. But some of the girls that have finished their season, while some of them got released (for World Cup preparation) are now in Miami at a central location near the coach (Hue Menzies), in Orlando.

"They are training before they come to Jamaica. We have some of the girls or most of who will be going to the World Cup. So we will be coming here with a strong squad to play Panama and they are all looking forward to the camp and the game," she said.

After facing Panama, the Girlz will meet hosts FC Surge in an unofficial friendly in Miami on May 23, then hosted by Scotland four days later. From there, they will move on to Grenoble, France.

"But this (Panama squad) will not be the final squad for France," Nelson explained. "We are waiting. We only have 23 coming, so it will be a narrowed list that he (Menzies) will be working with."

The 23-player squad sees the return of creative AS Roma attacker, Trudi Carter, who has been out with an injured knee since October. But notably missing is young striker, Jody Brown, one of the heroes of the qualification campaign.