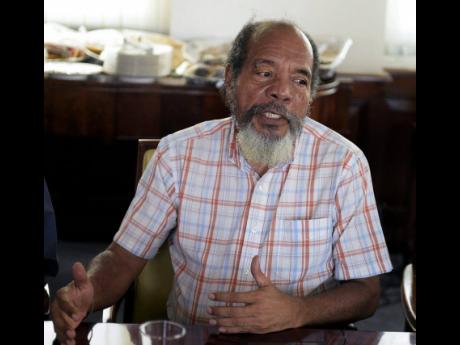 Vice-chairman of the Premier League Clubs Association (PLCA) Carvel- Stewart is incensed that the make- up of the new advisory committee put in place by the Jamaica Football Federation (JFF) to act as an interim board for the now defunct PFAJ does not include the 12 clubs competing in the nation's premier league.

Stewart argued that the new advisory committee, which includes chairman of relegated Montego Bay United, Orville Powell, Rudolph Speid of Cavalier, Donovan White of Waterhouse, Howard McIntosh of Portmore United, and himself as president of Harbour View, plus some members of the JFF, is a partisan board and that the new committee should reflect the views of all the clubs that are making the financial sacrifice in the cash-strapped league.

"I am an advocate for clubs because I know what it takes to be a club. I am not into the thing where everyone is not on an equal footing. Therefore, people who talk to me are my club colleagues who put their money into football and this is how we get these things sorted out. Clubs will be marginalised so that's why I want them (other clubs) to speak out and make it known that they have to be at the table when their money is being discussed,"Stewart argued.

He said putting Orville Powell on the committee, when his clubs was not even in the Premier League, was hard to comprehend and he believes the other club members of the committee have not been the biggest supporters of the PLCA in the past.

"I have written them (JFF) today (Sunday) to say that every club should be on the advisory committee because the clubs are spending their money and every man has a perspective. If a particular issue comes up and a man has a different opinion, he should be there to express it. He can't be told to spend this money and he is to just shut up. If you even want to convince him to spend his money, at least give him the opportunity," he reasoned.

With the first meeting of the advisory board due on Wednesday, Stewart insists he will refrain from attending in protest of what he thinks is an unreasonable composition of the new committee.

"They didn't schedule a meeting with the clubs, they have schedule a meeting with this (advisory) committee and I making the point that they must meet with all the clubs and if I must live up to my word I cannot attend that meeting. We have to stick together and we cant have people selling us out. If they don't extend it to the rest of the clubs it (committere) will not have any value to the rest of those club. But they (clubs) need to stand up as well," he added.

Efforts to reach JFF general secretary (Dalton Wint), who is off the island, and members of the new committee proved futile.