Boyz ready to put away US 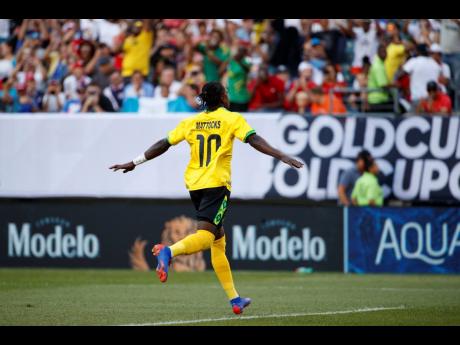 Jamaica’s Darren Mattocks celebrates after scoring Jamaica’s only goal against Panama in the quarter-final. 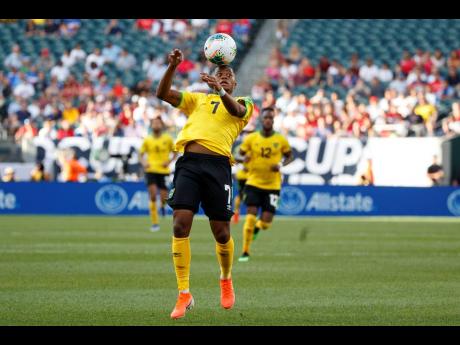 Based on Jamaica's recent results against regional powerhouseUnited States (US) and the unconvincing performances of the host country at this year's Gold Cup tournament, Theodore Whitmore's side will fancy their chances of an upset when they face the Americans in the Concacaf Gold Cup semi-final at the Nissan field this evening starting at 8:30.

After going 24 years without a victory over the US (1988-2012), a span of 18 matches, the Reggae Boyz have now won twice in their last four meetings, and coupled with the poor form of Gregg Berhalter's team at the tournament, Whitmore's side will be favouring their chances for a good result in today's match-up.

Jamaica defeated the US 2-1 in the 2015 Gold Cup semi-final to book their place in that final, which they lost to Mexico. The Americans then had consecutive victories over the Boyz, first in an international friendly in February 2017 and then in the Gold Cup final in June a few months later.

But in another friendly last month, the Reggae Boyz stunned the US 1-0 on a Shamar Nicholson goal to give Whitmore's side a surprise win. And although a lot more will be at stake when they meet this time, Whitmore is confident of his chances of getting the win again.

For the last two matches, Whitmore went with the experience and hard work of Jevaughn Watson and the work rate of Junior Flemming to partner Michael Hector in midfield, and although the trio have not been the best on the offensive end, they have given a lot of effort on the defensive, and it is likely that Whitmore will call on this group again for this crucial match, leaving more creative players like Peter Lee Vassell and Tyrique Magee on the bench.

The attacking trident of Leon Bailey, Dever Orgill, Brain Brown and Nicholson, looked as if they had developed chemistry in the first group game against Honduras, but since that match, they have all struggled individually and as a team, and many are hoping, they will come good in this important match.

However, waiting in the wings will be the country's most prolific striker in recent times, Darren Mattocks, whose penalty saw the team pass Panama in the quarter-final. And Whitmore hopes the striker will have a similar impact coming off the bench once again.

But the biggest worry of all for the Reggae Boyz will be the absence of Damion Lowe, who will miss the match because of card accumulation. However, many are convinced that in Jamoi Topey, the Reggae Boyz have a reliable replacement.