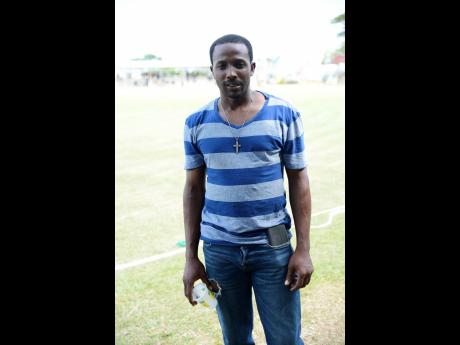 White River's Gifton Wray was in sparkling form in the Social Development Commission (SDC)/Wray & Nephew National T20 tournament against Eastwood Park/Molynes in their round-of-16 game at Chedwin Park, St Catherine, on Sunday, hitting a quick-fire 70 off 27 balls to lead his team to its first win of the second round. Victory also puts them back in contention for a place in the Super Eight.

Wray's team lost their opening game of the group to Old Harbour on Saturday, and the batsman said in hindsight his approach to the game was dreadfully wrong and he believed that he let his team down. However, after some reassessment he said he had to deliver against Eastwood Park or it could have been the end of the tournament for his team.

"Personally, I knew had to perform to carry my side over the line, so I went out and played the proper cricket strokes I know I can play and that helped [to] carry the team.

"Yesterday I wasn't in the right mood, so I didn't give myself a chance to make any runs. So after the game I said no, I approached the game wrong and I was out for three runs. So I caused my team to fail yesterday, because (since the season started), I haven't failed. The first I failed was yesterday but I didn't give myself any chance, so I believe I caused the team to lose, so I had to score some runs today (Sunday)," he continued.

White River defeated Eastwood/Molynes by two wickets, limiting the Kingston and St Andrew team to 127 for eight, before responding with 132 for eight to claim the win.

Johnson Mountain, of St Thomas, lead the group with two wins, ahead of White River and Old Harbour with one win each. This means White River will have to go to St Thomas and win this weekend to have any chance of getting one of the two available places from the group, to the next round.

"Next week at St Thomas (Johnson Mountain) we know we have to win again to go through. We have a great team, we just have to go there and do it, and I am back to my A game, so next week I will be looking to make more runs," he said.