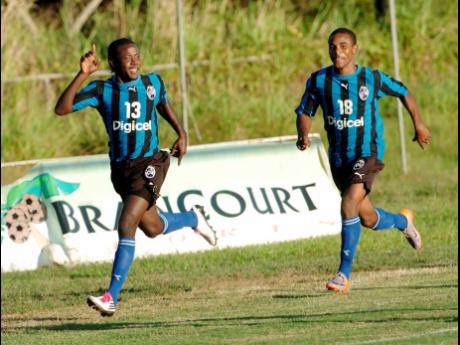 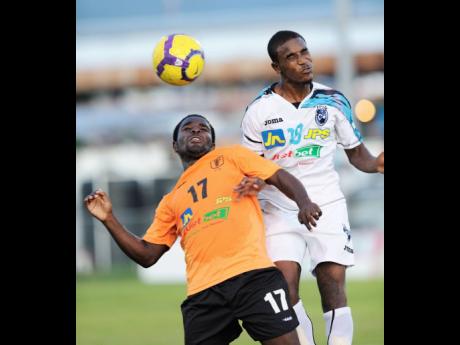 Jamoly Powell (right), then of Sporting Central Academy, goes up for a header in a Red Stripe Premier League game against Tivoli Gardens at the Edward Seaga Sports Complex on Sunday, October 30, 2011. File
1
2

The Waterhouse Football Club and community are mourning the passing of former player Jamoly Powell, who was reportedly found dead in Clarendon yesterday. Powell, who also represented Maverley/Hughenden, Sporting Central Academy and Los Perfectos, was 30 years old at the time of his passing.

Powell, a left-footed player who would occupy the space on the left of midfield, received many messages of condolence on Waterhouse FC's Facebook page yesterday, with the club writing: "Waterhouse FC and the community are saddened by the untimely passing of Jamoly Powell."

Reports are that Powell's body was found in a field near Spaldings, Clarendon, but the official cause of death is still unknown.

Powell's death follows that of another Sporting Central player, Oneil 'Big Dawg' Rose, who was shot dead just over two weeks ago, also in Clarendon. It is the third death related to the club in just over a year, as Sporting Central founder and former president, Brandon Murray, was shot and killed at a hotel in St Andrew in June 2018.

Jermaine 'Tuffy' Anderson, who was Powell's teammate at Waterhouse, said he was an outstanding footballer who had gone into business of his own recently. Anderson said that he felt hurt and shocked at the news of the passing of the player, whom he described as a 'very good friend'.