Bennett is still our coach – Cousins 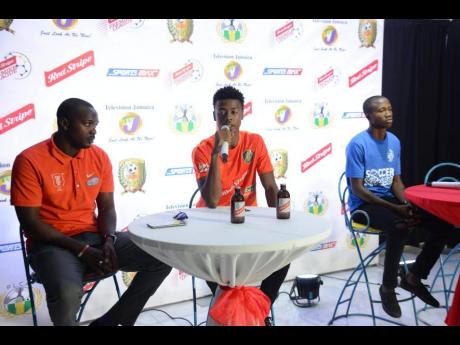 Lothan Cousins, president of newly promoted Red Stripe Premier League (RSPL) club Vere United, has sought to clear the air about who will coach the team when the league starts in September.

It is reported that former Tivoli Gardens FC assistant coach Damion Gordon will lead the team into the new season over veteran coach Michael Bennett, who saw the team through the play-offs and qualification.

STAR Sports understands that Bennett does not have a JFF level two certification or its equivalent and as a result Gordon was handed the task of leading the club into the new season with Bennett as his assistant.

But Cousins explained that although Bennett does not hold a level two JFF certificate, he is the head coach and as soon as he acquires the proper qualification, he will reassume his role officially on the bench as the club's head coach.

"The fact is that we ideally would prefer if coach Michael Bennett be in charge of the team. But his certification is at level one while coach Gordon has a level two and that is the requirement for one to be the head coach of a Premier League team. As you would appreciate, the game is moving in a direction now where players, coaches, managers must be certified in certain areas.

"But there is a (coaching course) session to come up in August, so when coach Bennett has completed that course he will officially be on the match card as the head coach."

Cousins says both are excellent coaches and are working well together thus far. "It was explained to coach Gordon before we even engaged him, and before we engaged coach Gordon we also had a dialogue with coach Bennett to let him understand the position and he was in full agreement. But Bennett was there with us before, so if both coaches have the same level certification, then coach Bennett would be the head coach. Mr Bennett worked with us right through the Confed season and did an excellent job to lead the team in the play-offs. We are a club that believes in promoting through merit and based on merit, coach Bennett is the person to lead the team into the Premier League," he said.