JOA, Goule, Gayle on board with Tokyo rules 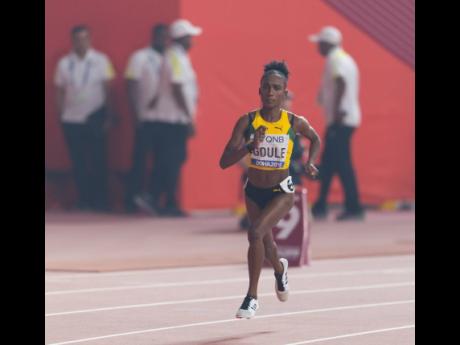 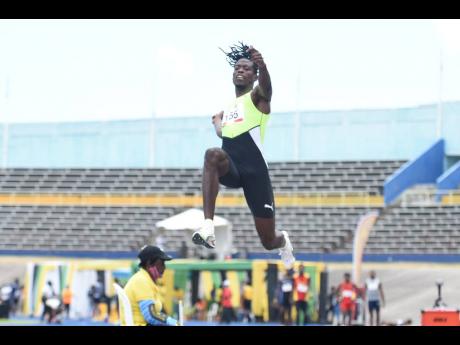 World Champion long jumper Tajay Gayle in action at the JOA/JAAA Olympic Destiny Series at the National Stadium on Saturday. 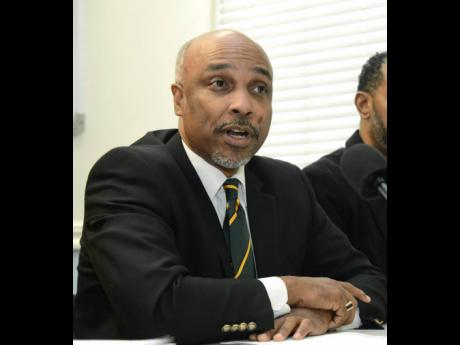 Tokyo Olympics Organising Committee Chief Executive Officer Toshiro Muto said yesterday that there will be a public ban on alcohol in the athletes' village during the Games.

Muto also said that athletes, coaches, administrators, journalists, and other officials will have to sign permits to allow organisers to use a Global Positioning System (GPS) to monitor their movements within their biosecure bubbles, through smartphones, for the duration of the Olympics.

All others entering Japan for the Games will have to agree to limit their movements for the first 14 days and submit an itinerary plan.

However, long jumper Tajay Gayle and middle-distance runner Natoya Goule see no issues with either of these measures.

They say having a GPS tracking system installed on personal devices to track their whereabouts gives a greater sense of safety to all involved.

"Based on the different protocols going on with different countries regarding using GPS to track individuals, I think it's the same thing they are doing at the Olympics and I think it's just to ensure that we are safe," Goule said.

"If everyone plays their part, then it should not be a problem."

Reigning long jump World champion Gayle says that as long as the GPS does not interfere with his privacy, he has no issue with it.

Everything will be there

"Where will we go? There's nowhere to go in Japan at this time," he said. "And when you go to the camp (athletes' village), everything will be there, and once you complete the Games, you can delete the app."

"If the app only tracks you, that is fine, as long as it does not allow other stuff like microphone or videos and does invade your privacy [it's fine].

"For my safety, I would use of the app because I wouldn't like teammates of mine to go out and party and come back with the virus. So if by chance they go out and are found, then we will know that they won't be allowed back in or that others should stay away from them."

Jamaica Olympic Association president Christopher Samuda says he can understand the implementation of the measures, as when living in a coronavirus environment the priority must be public safety. He says the app will provide that extra sense of security and reassurance.

"I can understand that given the current environment the organisers want to ensure that there are no missteps," he said. "I suspect that you will have some that will object because in nothing you have complete agreement. But the majority of well thinking person's will see these measures are necessary to ensure public health and safety."

He also believes the move will generate some confidence within the Japanese public, who are not too supportive of the staging of the Games.

"They (Japanese government) have an obligation to ensure that when visitors come for the Games, that athletes, coaches, administrators and managers have the environment as best and safe as it can be. And, therefore, I can understand it in that context," Samuda said.

"So the political directorate and the authorities are taking all measures to ensure that persons are able to go about safely in that environment."

Gayle and Goule say that the ban on alcohol in public will not affect them, as neither drink.

Tokyo and much of the rest of the country is under a state of emergency, with many bars and restaurants closing early and banning alcohol sales. The emergency order ends on June 20 and it's not clear if it will be extended.

Depending how the question is asked, 50-80 per cent of Japanese people oppose holding the Olympics. If the state of emergency is extended, many Japanese residents might not be happy seeing athletes partying in the village when regular citizens cannot do the same in local pubs, hence the decision to prohibit the use among athletes.