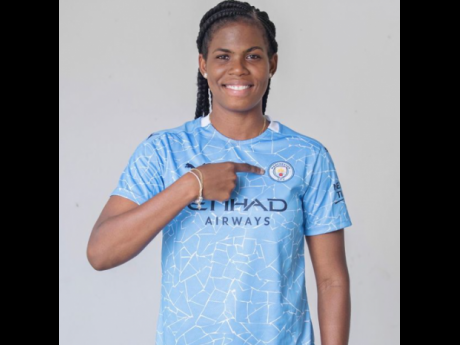 Manchester City made the announcement early Thursday morning, expressing their delight to have the Jamaican join their squad at the start of July, following the conclusion of her current contract with Division 1 Feminine side Bordeaux, subject to work visa and international clearance.

According to an official relase from the English club, "ahead of the upcoming 2021/22 Barclays FA Women’s Super League season, the forward will make her first move into the English game, having signed a contract until the summer of 2024, and will don the #21 shirt."

In Manchester City's official release, an excited Shaw said “It feels amazing to be a Manchester City player. I chose this Club because I want to be a part of the environment, the culture and to play for this amazing team."