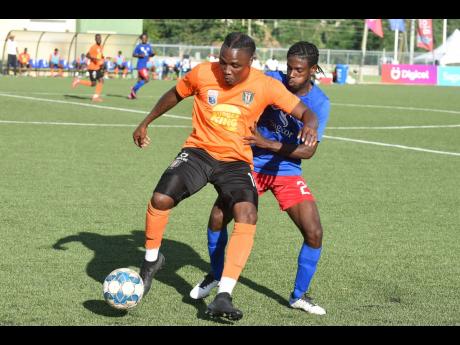 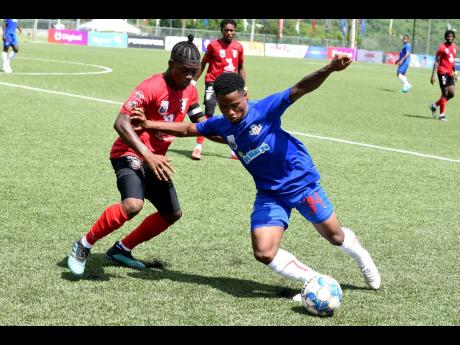 Tivoli Gardens assistant coach, Dwayne Blake, says the west Kingston-based club gave away their opportunity to climb further up the Jamaica Premier League (JPL) standings after they surrendered a first-half lead to settle for only a point against Dunbeholden at the UWI/Captain Horace Burrell Centre of Excellence yesterday.

Romaine Bowers fired Tivoli into the lead after just nine minutes. But Dunbeholden hit back in first-half injury time when Atapharoy Bygrave shot home an incredible strike from more than 40 yards that flew past Kewong Watkins into the top corner of the Tivoli goal to level the scores. The strike was top class and is surely a goal of the season contender.

However, Blake thought poor finishing cost them three points. A win would have put them on 12 points, the same as third-place Cavalier and fourth only on goal difference with three rounds to go.

"Since the start of the season, we have been getting the chances and not putting them away and I think that is what cost us this game. If we had put away the chances in the first half we would have won easily.

"It is just to go to the training ground, continue to work hard and come back again next week," he said.

Dunbeholden's assistant, Ricardo Smith, said although they got good opportunities throughout the game, he thought they were far from their best on the day and was grateful for the point.

"We are disappointed because we would have love to have gotten three points but you have to look at the nature of the game. We could have conceded more and lost the game but we scored a goal and got a point.

"We are not pleased with one point. We are always looking for three points but it was a tough game for both teams. They got more chances than us and we got the point. We also got chances that we should have put away but today wasn't our best day," he added.

Tivoli are currently tied on 10 points with fifth-place Waterhouse and seventh-place Dunbeholden. They also had the better chances over the game with Devroy Grey, Jermaine Johnson and Anthony Nelson all wasting good chances.

In the day's other game Arnett Gardens with goals from Jonoy Cunningham, Romeo Guthrie and Shadane Lopez beat Portmore United 3-1. Arnett's Earl Simpson scored an own goal to give Portmore the lead midway the first half.