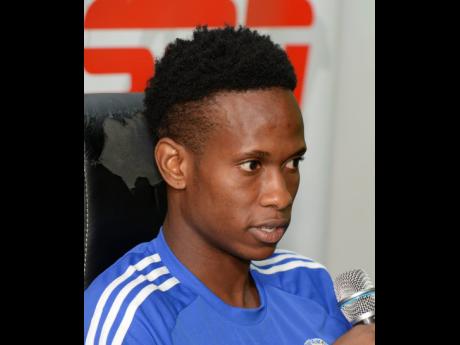 Former St George's College star Cardel Benbow has parted ways with St Ann-based club, Mount Pleasant Football Academy. His contract ended recently in his third season and he decided not to renew with the club.

Benbow (26) played his last game for Mount Pleasant on August 14 in a 2-0 defeat to Waterhouse.

The winger earlier made his mind up to leave soon after previous coach Paul 'Tegat' Davis exited the club in July. He did not feel he was fitting into the system of new coach, Walter Downes.

"My contract is finished and I decided not to re-sign. I had decided to leave from the last coaching change because I just felt uncomfortable.

"With the change in coach, the type of system and everything was not suiting me going forward, playing wise.

"So it is nothing (personal) against Mount Pleasant. It is just that I had to make a decision and the decision I made is to leave," he said.

"I just have to look at things from my point of view. I need a new challenge to open up new chapters for my career. This is not necessarily about money but opportunities are knocking," he declared.

"There isn't anything concrete as yet so I have to wait a bit for the time being. It is not something I can talk about until things are finalised.

"But I'm basically waiting on my agent to know which is the right direction to go because at the end of the day it is about the new challenge and improving my career going forward," he stated.

He also predicted that his now former club will win the Jamaica Premier League (JPL) if they can get it right mentally.

"I wish them all the best for the season and upcoming seasons. I think they have a great chance of winning the Premier League this season. They just need to have the right attitude and mentality and I believe that once they get it right they are going to win," he added.

Benbow scored two goals in his first season with the club in 2018/19 to help them to the semi-finals. In the abandoned 2019/2020 season he netted seven times to help Mount Pleasant to top of the table with four rounds to play before the league was aborted.

However, the player has been carrying an injury since the start of the campaign and has not scored this season.

He only came off the bench for the first match and was out for the next two games through injury but returned to the starting line-up in the team's 1-0 win over Portmore and 2-0 loss to Waterhouse. He was shown a red card late in that last match.