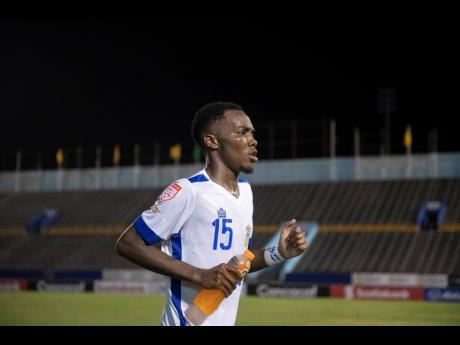 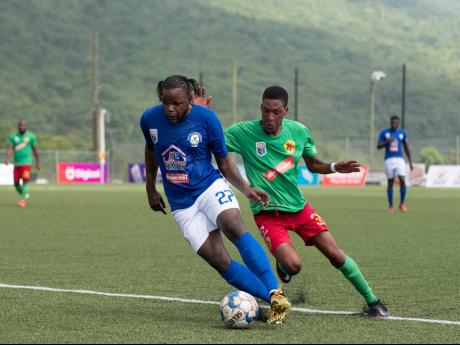 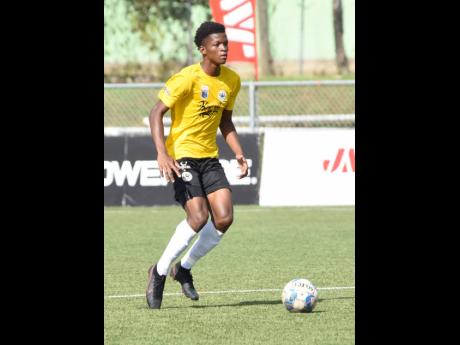 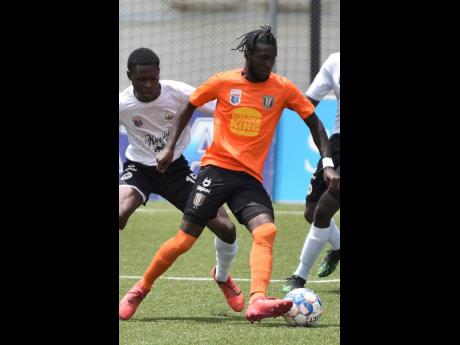 A team from the Kingston and St Andrew Football Association (KSAFA) is guaranteed a place in the Jamaica Premier League final which will be held the first week in October.

The JPL play-offs continue tomorrow with the first leg semi-finals which take place as a doubleheader at the UWI-JFF Captain Horace Burrell Centre of Excellence.

Tivoli Gardens will face Cavalier SC in an all KSAFA clash in the first game of the doubleheader at noon while another Kingston and St Andrew-based club, Waterhouse, the number one seed, will face St Ann-based Mount Pleasant at 2:30 p.m.

The high-riding Mount Pleasant will be hoping to get past Waterhouse to make it a city versus rural final. Technical director Walter Downes said that despite the short turnaround from their 4-2 quarter-final series win over Harbour View, he likes their chances against Waterhouse who have the advantage of a two-week rest after securing the number one seed.

"They finished higher than us in the league but I am quite confident that we will give it our best against them," Downes said. Mount Pleasant who are playing their second semi-final in three year's since promotion in 2017, will be hoping that star player Jourdaine Fletcher maintains his good form. Fletcher scored in both legs of the quarter-finals against Harbour View.

Waterhouse are in their fourth semi-final in seven years and having made the final in two of the last three seasons.

Last weekend head coach Marcel Gayle said his team is planning to go all the way.

"The aim of Waterhouse every season, not just this season, is going all the way. We have players in the team who played two finals and they want to make amends. They are all aspiring to reach that level, so there's a whole lot to look forward to." The key men for Waterhouse are Shaquille Bradford and Andre Fletcher with five goals each. Tivoli stormed into the semi-finals for the first time under the current play-off format after beating Vere United 4-0 in their second leg quarter-final on Wednesday securing an aggregate series win by the same scoreline after the first leg finished 0-0. A team from KSAFA has not won the ultimate prize since 2017 when Arnett Gardens won the crown and Tivoli's technical director Glendon "Admiral" Bailey says they cannot afford to ease up against a talented team such as Cavalier.

"Cavalier are a good young side just like us. A dangerous side. So we are not going to take them for granted. We know their style of play so we have to go back to the drawing board and put things in place so that we can nullify them," Bailey said.

The man to watch for Tivoli is Devroy Grey who has scored four goals.

Cavalier will be the fresher of the two teams. Like Waterhouse they had a two-week rest having qualified automatically for the semi-finals. Technical director Rudolph Speid says that the break may prove to be advantageous for them because of the artificial surface the matches are being played on.

"On this particular turf it is always good to go straight to the semi-finals because there may be injuries," Speid said. He added that if games were being played on grass there could have been some disadvantage but with artificial turf it was best for his team to get some rest.

Cavalier are in their third semi-final in four years and are chasing their first title since 1981. National defender Richard King and Shaneil Thomas are players to watch. Thomas found the back of the net four times in the preliminary round.