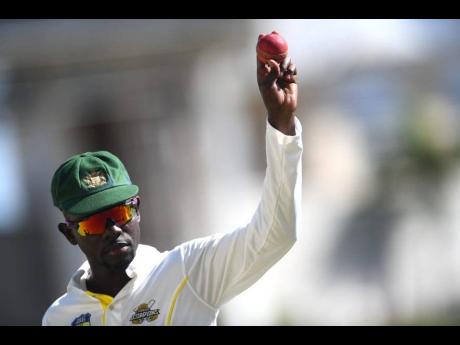 Miller is one of 17 coaches enrolled in the course which was developed by CWI's coach development manager Chris Brabazon along with the University of the West Indies and he believes it will teach coaches the necessary skills to better impart the knowledge and experience they gained over their careers.

He strongly believes that the course will, in the long run, help to lift the standard of coaching in the Caribbean and result in the production of more world-class West Indian cricketers.

"I am fully behind it and I know it will work. I have always said from my playing days that they need to educate our coaches earlier so they can deliver. When I was a player there were a lot of former players who were great while playing but were not great in delivering the knowledge they had gained over the years.

"So it is just about learning different ways (to coach) and getting the opportunity to explore other ways to deliver the message, so we can be effective and improve players at a better rate," Miller said.

He believes the programme will also ensure that the region's level of cricket and the talent being developed is comparable with the best in the world.

"I am looking forward to all that will be offered and, hopefully, it can help me in the effort to produce world-class West Indian cricketers," he said.

Miller, the only Jamaica participant, completed his level two certification in England in 2010, however, he did very little coaching before he retired from playing in 2019.

He said the majority of the information they will receive will be things they are already familiar with but just needs consolidating and fine-tuning.

"It will prepare me to deliver what I have learnt as a player and what I have been exposed to in my three years as a coach. It is just to expose us to high performance best practices," he added.

The level-three certification will qualify the coaches to ply their trade at the senior international and professional level.

The course will have a blend of learning approaches, consisting of online discussions and tutorials. It will also include the technical basics of elite cricket, programme management, sports psychology, leadership, communication, visual technology and data analysis.

There will also be a face-to-face residential camp slated for this month in Antigua and Barbuda.