Win over Bangladesh a catalyst – Simmons 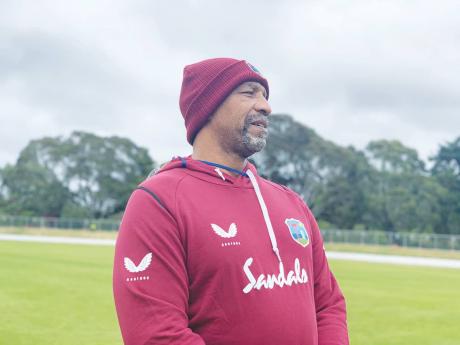 West Indies head coach Phil Simmons believes the Test series victory against Bangladesh, which extended the Caribbean men's recent winning streak, will boost their confidence as they prepare to face a tough Australia side later in the year.

Speaking after the 2-0 series win, which followed their victory in the England series in March this year, Simmons was full of praise for the entire team.

The West Indies' next Test assignment will be a two-match series in Australia, starting November 30, and the coach said the recent wins should give them a boost.

"It should give us confidence and we've got time to prepare to go to Australia. Australia is always a difficult series, no matter what team you're going down there with, so we have to make sure we prepare well and continue our winning," he said.

Asked about the highlights of the Bangladesh Tests, Simmons gave the fast bowlers kudos.

"I don't think the first wicket [in Antigua] was conducive to fast bowling, but we still sauntered on and at the end of the day we got them out for low scores, and in this Test match, to bowl them out on the first day in what was a slow wicket by comparison to wickets we get here...I think the fast bowlers have to get a lot of credit throughout the series," he said.

Simmons said fast bowler Anderson Phillip had also given a good account of himself on his debut in the Test here, although there were some nerves.

"I think he had a good debut - two wickets earlier on - but [he had] a little bit of cramp. I think that comes with all the nervousness that goes into your first Test match. If you're not nervous something is wrong and I think he was nervous, and it didn't help him. But I think he bowled well when given the ball.... so I think he had a very good debut," he said.

Another fast bowler who came in for special mention was Kyle Mayers whom he said "brings in the wicket-taking factor" and will become "a force to be reckoned with".