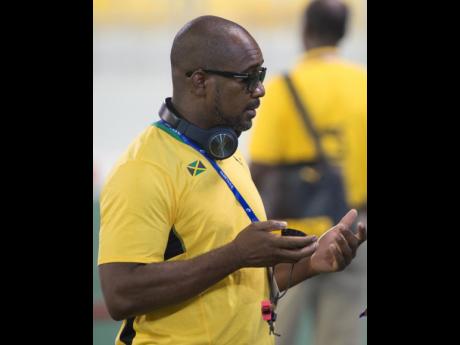 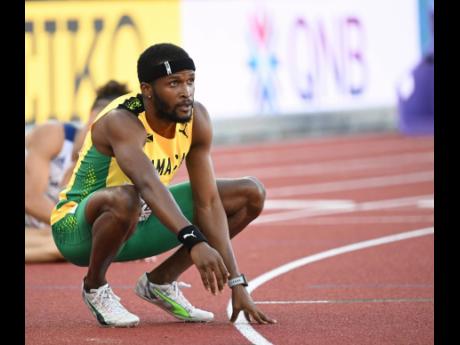 Jamaica’s Jaheel Hyde catches his breath on the track after the Men’s 400m Hurdles final at the World Athletics Championships in Eugene, Oregon on Tuesday.
1
2

Jamaica had high hopes for 400m hurdler Jaheel Hyde after winning world titles at the Under 20 level.

While it has taken time and effort, his coach Okeile Stewart said that his performance in his first major senior global championship final, at the World Athletics Championships on Tuesday, is a turning point in realising that potential.

Hyde finished sixth in the Men's 400m Hurdles final with a personal best of 48.03 seconds, ahead of Tokyo Olympic champion and world record holder Karsten Warholm of Norway. Alison Dos Santos of Brazil won the world title with a championship record of 46.29.

Hyde joined Stewart's Swept Track Club camp in 2019 after changing coaches twice. Stewart said that Tuesday's final was a step forward in fulfilling the hopes placed in him at the senior level.

"We look forward to him being what he had promised to the world, having been double world junior champion in the past," Stewart told STAR Sports. "You will now see something in him that would have been promised years ago. And I'm looking forward to everyone continuing to give him support."

Hyde won the national title last year in 48.18 and got to the Olympic semi-final. Stewart says going a step further in 2022 has only fuelled his desire to join the elite ranks.

"He is learning as he goes along, what is needed, and what is required of him," Stewart said. "He would have been at many world championships and it is not business as usual. He doesn't want to turn up at championships and be there for being there sake."

Stewart said that he could not have asked more of Hyde in his approach to the race to give himself a chance at a medal, and said that he now knows what it will demand physically to return to that stage.

"Nothing happens until it is the right time," he said. "Now he is more mature. He is more focused and I think he is ready to go with the big boys and we can expect more from him."