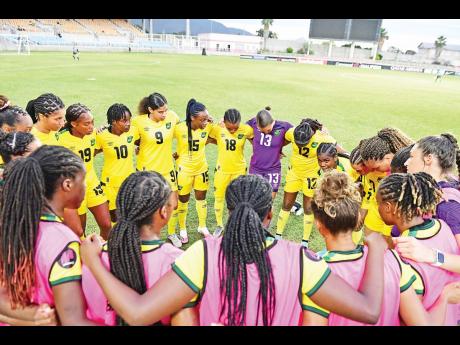 The Jamaica Football Federation (JFF) issued a public apology to the Reggae Girlz yesterday for an incident which almost left them stranded in an airport in Texas on Tuesday.

The players and staff could not clear luggage at the George Bush Intercontinental Airport in Houston because the credit card given to the group by the federation had no funds. The team was returning from the Concacaf Women's Championships in Monterrey, Mexico, where it finished third and also qualified for its second straight FIFA Women's World Cup.

The apology was posted on the JFF's social media pages.

The JFF says that after the achievement of qualifying for consecutive FIFA Women's World Cups, the incident should not have happened and it will try to do better when arranging travels for its teams in the future.

"We recognise that there have been recurring problems with travel arrangements of our national teams' movements, and commit to doing all within our power and control to correct these incidences," the post read.

The federation also apologised to supporters, while calling for continued support.

"Once again our deepest regrets, including football supporters who expressed concerns. As we now plan the next stage of the journey with the Reggae Girlz, we seek your support for all our national teams."