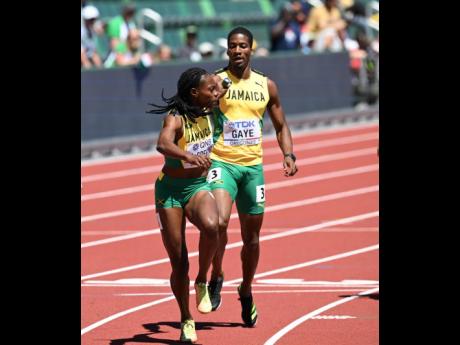 Jamaica’s Demish Gaye (right) passes the baton to Roneisha McGregor during the semi-final round of the Mixed 4x400m relay event at the World Athletics Championships in Eugene, Oregon, on Friday, July 15. 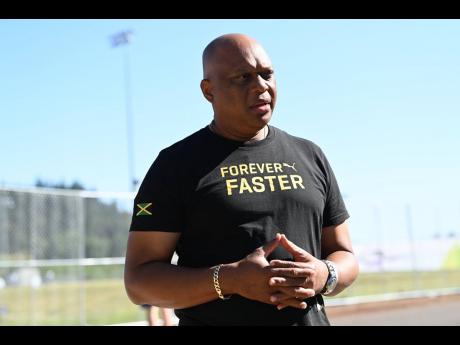 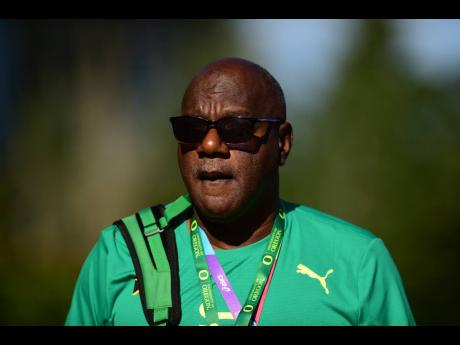 Team Jamaica's Technical Leader Maurice Wilson and national 400m coach Bert Cameron have defended the team selected for the mixed 4x400m relay team that did not make the podium at the 2022 World Athletic Championships last Friday.

The team of Tiffany James Rose, Demish Gaye, Karayme Bartley, and Stacey-Ann Williams finished fifth in 3:12.71 minutes with Williams replacing Roneisha McGregor, who ran the qualifying heat. It was the only change that they were allowed to make per World Athletics rules.

Wilson was adamant that they had to work with what they had because of injury concerns and other issues.

"We worked with the team that we had," he said. "We had concerns with a number of our 400m runners. They had issues, some were sick, some had injury concerns, and we had to work with what we had.

"It amazes me that persons would think that from the outside looking in that they would not be making decisions that are in the best interest of the country. We are here as a team. We have represented our country many times and we are going to make the best decisions for the country."

Wilson also addressed the notion of the 400m specialists being asked to run in the mixed relay and said that consideration has to be given to their future, as well as their willingness to do the event.

"I think persons need to understand that when athletes compete when they make the national team, their event is what is of paramount interest. not only to them, but their careers. And so if they don't volunteer to run, we cannot force them to run," Wilson said. "And we have to take into consideration that if they run in the mixed relay and they don't perform well in their individual events, then that is another issue."

Cameron agrees, further addressing the thin options with Gregory Prince arriving late to camp and Javon Francis's being reserved for the 4x400m relay in addition to having an intense session the night before.

"You can't tell them that they are going to run," he said. "You have to ask them and they all decided against it because they wanted to prepare for the open 400m. And we could only make one change. We only had two guys that were selected and three ladies. All we could do is make a change with the women and hope for the best."