Waterhouse banking on experience against Pacific 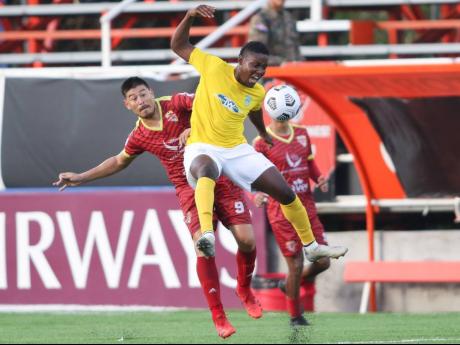 Waterhouse forward Shaqueil Bradford says the team will have to draw on its recent international experiences in its first Concacaf League game this evening.

The Jamaicans must beat the Concacaf League debutants over two legs to advance to the Round of 16.

"We had a reasonable [FLOW Concacaf Caribbean Club Championship] season in Dom Rep," Bradford said. "Now we are up against a team from Canada that we do not know much about.

"But we know what we can do and we have our objective. We just have to go out and execute.

"We have gained the experience and we know we have things to capitalise on. The last competition we knew what we lacked, so we hope we can use that and capitalise on it and look forward to this game and go out and do the job."

Pacific, who ended the last regular season in third in their table, are joint leaders of the CanPL table this season and trail Atletico only on goal difference.

The second leg of the tie is set for August 2 at the Starlight Stadium in Langford, British Columbia, Canada, with the winner advancing to the Round of 16, which is set to begin on August 16.