Gayle: Waterhouse have the confidence to go all the way 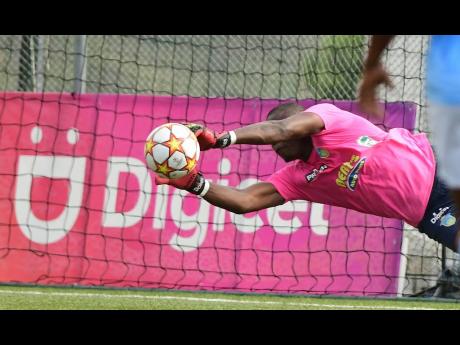 Waterhouse and Pacific FC of Canada played to a 0-0 draw in their Concacaf League preliminary round match at Sabina Park last night and Waterhouse coach Marcel Gayle said they will be up for the task when they face the Canadian league champions in the return game on August 2.

"We are at the end of our season and they are midway their season. And it (game) will be on astro turf.

"In Jamaica we have a few of those but it is much faster and depending on the time of day it can have a lot of heat. But we are mindful of that and up for the task," he said.

Pacific settled early and had the first real chance of the contest but failed to take advantage.

However, Waterhouse gradually gained control of possession and had a great chance through Devroy Gray.

After the break Pacific look the more dangerous, and on a few occasions goalkeeper Kemar Foster had to intervene to deny the visitors.

Waterhouse regained their momentum towards the end but could not find a way to break down the Pacific defence.

Pacific coach, James Merriman, said it was a difficult game but believes they hold the advantage going back to Canada next week.

"It is not an easy place to come and play. Waterhouse had good chances in transition but we had chances and didn't take them but we are happy with 0-0 going home for the next leg," he said.