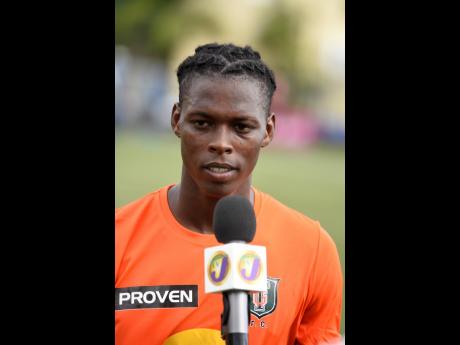 His agent Kevin Cowan, while calling on the player to make the most of the opportunity, said he might find it a bit tough after being out of competition for a month and behind on fitness.

"He never had the (Jamaica Premier League) season we expected him to have. So we couldn't kick down the door. He is now in Rochester, New York, training with the Rochester Rhinos," Cowan said.

"He has a good coach from Portugal who is linked to some of the biggest clubs, who often play in the Champions League and Europa League. So it is now up to him if he stays," Cowan added.

At the end of the week-long trial, the club will assess the player and make a decision on whether to offer him a contract, extend or end the trial and Cowan thinks he has a good chance of making a good impression.

"He just has to go there and be confident and show himself. He has not played in over a month so there is the rust factor. These guys are in the middle of their season and they are in peak fitness. So he will have to go in there and figure it out on the fly.

"He will have to dig deeper and push beyond his present fitness level. He will have to be mentally tough to show he deserves a place. So although I like his chances, it will not be easy.

However, he picked up an ankle injury shortly afterwards and missed the middle part of the campaign.

Although he regained full fitness toward the end of the season, his form in front of goal was not the same.