JOA going for another historic Pan Am, CAC Games 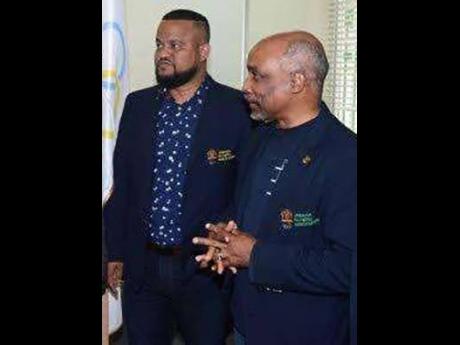 Next year is shaping up to be another historic year for the Jamaica Olympic Association (JOA) with several teams already qualified for the Central American and Caribbean (CAC) Games in El Salvador in June and the Santiago Pan American Games in October.

The men's and women's rugby teams and the men's hockey team have cemented their places in the games and the Sunshine Girls will make a historic appearance in the CAC Games and should lift the title in the sport's inaugural staging at the championship.

"Increasing the number of sports at which Jamaica is represented on the international stage and deepening the pool of competitive talent are non-negotiable strategic objectives of the JOA, as we engage our members in our 'Sport for Excellence' campaign," JOA president, Christopher Samuda, said while underscoring the imperative of providing Jamaica's youth with a menu of choices in sport.

According to the JOA in a release, financial backing is a critical element of success and the JOA continues to fund what some refer to as 'minor sports' in a declared strategy of helping them to transition to the global stage.

JOA's general secretary/CEO, Ryan Foster, puts the apex body's plan in perspective: "A successful investment strategy in sport must be plural and not singular in its treatment of sport. It must be democratic and not centralise in its spend. It must be funnel and not tunnel-visioned in capitalising talent and it must be innovative in yielding dividends and ensuring sustainability."

"We appreciate funding from the JOA because it will significantly help us in our preparation for the CAC Games and beyond. We're hoping that as the team grows and develops, more corporate companies will notice and provide a similar level of support. We are eternally grateful to the JOA as they've always been supporting us and hope that it continues in the longer term."

The growth locally of the Olympic sport of rugby union and its representation internationally with back-to-back appearances in the Rugby World Cup and Commonwealth Games have inspired Bruce Martin, technical director, to say: "The JOA recognises that this is a result of a pinnacle of many years of hard work and strict dedication for our players on the pathway to dynamic moves in Jamaica Rugby and JOA equally shares our excitement."

Equally motivated by the strategic direction of the JOA is national surfing coach Icah Wilmot who supports the national governing association's 'sport for all' policy.

"We are greatly appreciative of JOA's support of and commitment to the growth of the para surfing team," Wilmot said.

President of the Jamaica Boxing Association, Stephen 'Bomber' Jones, in expressing appreciation for the JOA's commitment to the sport and the Caribbean Boxing Championships, said "the fact that the JOA can once again come to our assistance to ensure that team Jamaica can be well represented is huge and we will do JOA proud."

Boxing is expected to be among the army for the CAC games.

Fabian Stewart, president of the Jamaica Hockey Federation, maintains that "the JOA has been a constant partner for the development of field hockey in Jamaica consistent with the Olympic ideals and mission. The governing body continues to support the efforts of the Jamaica Hockey Federation and its national programme, which is being rolled out in our National Excellence Strategic campaign."