I have to beg my husband for sex 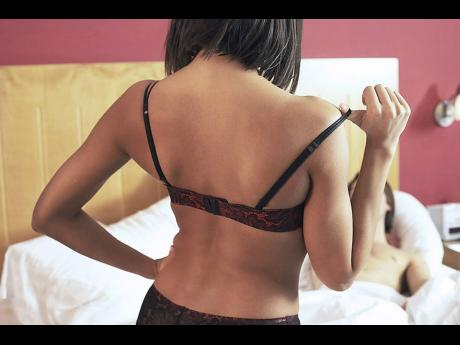 Pastor, I am a 45-year-old woman and I am having problems. I am a Christian. I was twice married but both of those relationships failed. I met my present husband in church.

We got married five years ago. He is 30 years old. He was very nice. He is younger than I am and when he started to show interest in me, I told him he was too young so he should date younger women. He said he liked older women. He would not leave me alone, so I decided to give him a chance. I did not fall in love with him until we had sex. It was the best sex I had for a long time. I encouraged him to move in and when he did, I stopped attending church because I knew people would talk and whisper that we were living together although we were not married.

We got married after a year. He used to help me in the house but he loves sports. So, on a Saturday all he does is to look at sports and I have observed that his desire to have sex with me has diminished. Sometimes I have to beg him to make love to me. I went back to church after we got married, but he does not show any interest in church anymore. My pastor called him and tried to talk to him but he has not changed. I believe that he has another woman but I cannot put my finger on it. Why do you think that he has stopped having sex with me and there was a time he would do it every day? Please tell me how you feel about it. Do you think it has anything to do with my age?

I can see why you are worried. Your husband has changed drastically. Something is wrong and he should talk to you about it, but what I would say to you is, don't allow his behaviour to get you down. I know you might say Pastor, it is easy for you to say, but it is hard for me not to fret. But what I am trying to say is that by fretting, you would make yourself even more unhappy and you might become very depressed. Very often, when a person is depressed, his or her confidence will drop, so I am begging you to take good care of yourself. You could be right. This man may be seeing another woman but it is better for you not to accuse him of cheating. However, if he is cheating and you can prove that he is, and he is not interest in going for counselling, you should go and see a lawyer. Don't be worried because you have been married three times. Maybe you fall in love easily and your marriage to this man might be a mistake. Do your best to keep the marriage. But to keep the marriage, one's spouse has to participate. I wish you well.