Dad doesn’t want me to have an older boyfriend 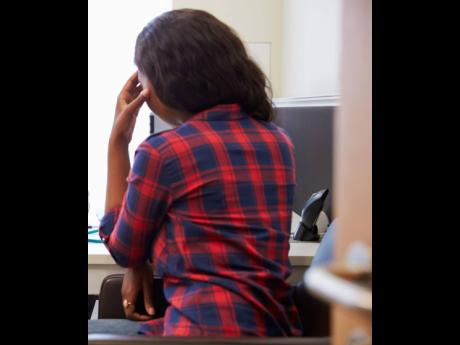 I am a 25-year-old young woman and I am having a problem. I have two children, but I am not with any of their fathers. These men were just wild, so I had to leave them.

I am on my own with my children, but we are doing well. Recently, I met a man who was trying to sweet-talk me, but I told him that I have been through lots of that before, so I was not interested in him. This man and I are still social friends.

I am writing to you because there is another man who is showing an interest in me. But he is more than twice my age. He has his own house; in fact, he has two. He lost his wife. I know that for sure because I attended her funeral. He doesn't need anything from me except you know what. I told my mother that this man loved me. I thought she would discourage the relationship, but she told me that I should go for it. She mentioned it to my father and he told me that I should not encourage this man in my life. I told my father that I was not the one who was encouraging him. He has been calling me and saying that he loves me. He told me one Friday that we should take our relationship to a higher level. I don't have anything, and I like this man.

I don't understand why my father is against me having a relationship with this man. He has two children but they are not living in Jamaica. They will not be a bother to me. I took my children to his house and they went wild over the space. He has a game room and they were in there for hours. I have never asked this man for money, but he gives me money every week. He wants to take me to America with him for vacation, but I don't have a visa.

Recently, he gave me $40,000 to shop and I did not have to ask him. My mother said that if I chased this man away, another woman will take him. My father insists that he is too old. What do you say?

Every senior should know that when he has fallen in love with a much younger woman, he exposes himself to trouble.

Sometimes things work out very well, but there are times when there is a lot of cheating. A younger woman will eventually wake up and say to herself, 'This man can't manage. I need to go on a long journey and he can't take me there. He does not have any stamina. So I have to turn away from him'.

Now, having said that, I will quickly add that occasionally, relationships like the one you are in do work. Some young women remain faithful to old men, very, very faithful to them. Some of the young women go with these older men so that they can get properties or other things, but some do so out of pure love. You know what you are looking for. Your mother is encouraging you to develop this relationship. Your father is terribly against it, but it is a decision that you must make on your own. I can only wish you well.