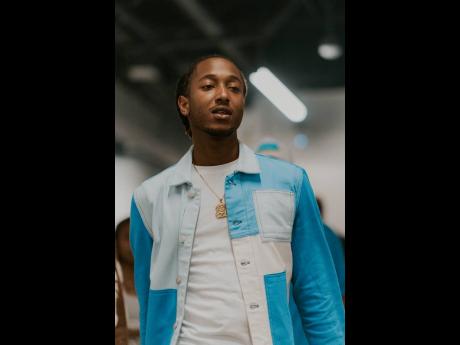 Reggae-dancehall prodigy Projexx believes in the mantra 'go hard or go home'. Since signing to an international record label, the artiste has been spending a lot of time overseas to explore and experiment with different genres of music.

"Jamaica is a small place [so] if you want to go big, you gotta go out there, step out of your comfort zone to grow yourself and come back a whole new person," Projexx told THE STAR. "For me, it's not a case of me neglecting my country but sometimes you have to make a move to be on the mainstream side of things and be in the mix. I always say that I don't make music for my country alone. I make music to appeal to the world and it helps when I step out and get to know the world."

Projexx said that with his 'foreign state of mind' it has worked with making connections and landing several partnerships. He created history as the third Jamaican to join the Warner Music Group elite roster and landed a feature on Wizkid's gold album Made in Lagos on the True Love single. He has also maintained a relationship the British-Ghanaian producer and musician Juls who is responsible for the track and is known as one of the pioneering producers of African music in the diaspora.

"After True Love, me and Juls been working back and forth with some singles. He's sending beats, I'm sending back verses, hooks, choruses and full songs and we're working on a couple ideas. That's how we found Caution. I believe the next day he sent another beat, and it transformed into Turn Around, and we ended up releasing the two songs on the same day," he said. "Working with Juls is magical and it is crazy because we never met each other in person and working two-three years over the phone. So I can only imagine when we link in person."

While he is eyeing the big time, Projexx said that he was very cautious and strategic with the way he delivers and packages his music. He shared that for the album he is currently working on, he has recorded songs from as early as five years ago, "because I take my craft seriously" and it is not focused on releasing music for the accolades. He is not concerned about releasing an album to be eligible for the Grammy Awards, but "to showcase my talent and versatility some more and be outside growing, doing more features, doing more singles and working with other producers and acts."

"Once I get to the goal I have personally envisioned for myself, I'll consider Grammys. I definitely want to do a lot of work locally next year; I want to perform at and keep my own shows too. I have true supporters of Projexx that come and support physical shows, live and direct in real time," he said. Among other things, Projexx aspires to show his talent at Reggae Sumfest. "It would be a big accomplishment," Projexx said.