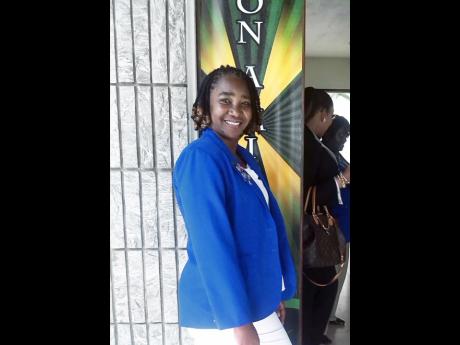 Now a nurse administrator at the Victoria Jubilee Maternity Hospital, Patsy Edwards-Henry still remembers the days she did home deliveries as a midwife.

According to Edwards-Henry, it was not an easy task, but the hands-on training prepared her to be one of the best at the hospital.

Over her 27-year career, she did 30 home deliveries. She admitted that once a person masters the critical-thinking skills needed in a home delivery, it is easier when they start their job in a hospital.

"Every moment counts (in home deliveries). The decision that you make when doing an at-home delivery can determine whether or not the baby and mother live or die," she said.

The proud mother of two, Edwards-Henry told THE STAR that it was not always a smooth road when deliveries were done at home.

Even though mothers were more comfortable in their own homes, there were times when they had to be rushed to the hospital in order to get better medical attention.

"It is normally a smooth process because the mothers have their family around them, but I remember one time when this lady delivered and she was bleeding non-stop and we had to transport her to the hospital," she said.

That experience was frightening, but she admitted that the home delivery she performed on the day Hurricane Gustav landed in 2008 topped all others.

"I did not get any time to prepare because I was supposed to go to work, but the bridge at Harbour View was broken in two," she said.

While at home, she got a call that a woman was at the Bull Bay Police Station about to deliver and was in need of help.

Without a second thought, she grabbed her little bag and went to the station to help.

"It was a very terrifying experience because I had not done a home delivery for 10 years, and then, without much preparation, I had to help this woman. We laid out the blankets and coached her through the delivery. The awesome thing is that she followed all our instructions," she said.

The baby was delivered, but the work was not done. Edwards-Henry said that the baby was not breathing properly, and without a suction cup to help release the airways, she had to improvise.

"I had to grab a straw and put it down the baby's throat and ask the father to suck and clear his passage. It was a very scary experience, but it was good because it helped to build me," she said.

She said that people are gravitating more towards hospitals, and, as a result, at-home deliveries are declining. And even though she has not done one since 2008, the clinical specialist believes that learning is necessary in her field, and so, she promised herself that she would learn everything new.

"I still do deliveries at least once a month, and I go to other areas and learn as much as I can. I want to be able to help in every way I can and not be seen as a paper-pusher," she said.

Other Jobs to Go Stories