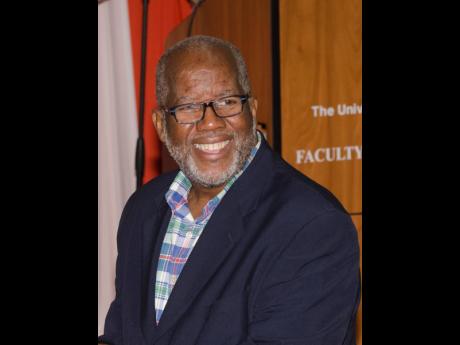 The University of the West Indies (UWI), Mona lecturer Dr Orville Beckford has warned that the Jamaican Government runs the risk of losing more youths to poverty, and subsequently crime and violence, if they don't properly address the age-old issue of lack of access to education for the poor.

The tough-talking Beckford, who lectures sociology, said the coronavirus pandemic has made it more difficult for the children of the poor to gain a proper education.

"Technology is so important now, but to access technology you have to have money and the poor have none," he reasoned.

Schools across the island were closed last March, shortly after Jamaica recorded its first COVID-19 case. Although more than 100 schools have since reopened on a phased basis, emphasis has been on online learning. This mode of teaching and learning requires students to have access to devices such as smartphones, computers or tablets.

Despite efforts by the Government and several corporate companies and individuals to furnish students with devices to further aid their studies, there remains a large portion of students who are still unable to access lessons. Beckford believes that if nothing is done urgently, more youths will become prey to society's negative influences.

"Education is the main thing because so many of us came out of the poverty through it. But people have to be given more opportunity, because education can be there but people don't have the opportunity to access it," he said.

So far, the Government has distributed more than 40, 000 tablets to more than 700 schools islandwide.

"I see where the government is trying and the minister is trying and that sort of alleviate some fear, but it will take some time to get everybody on board, and we don't know what will happen to those who fallen away; some of them may never come back," Beckford said.