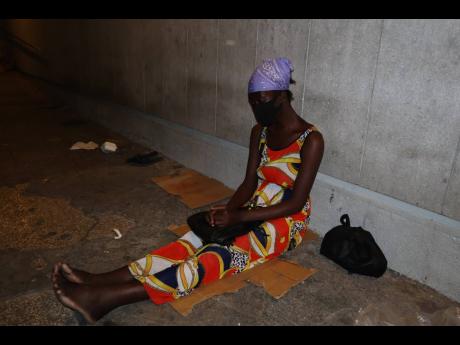 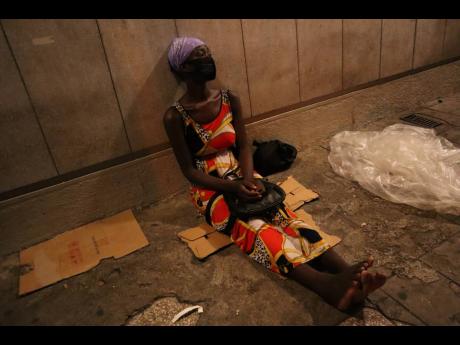 It has been almost two months since Marie* decided to walk away from her troubles and seek refuge on the streets.

The lanky mother of five cuts a dejected figure as she sat on a piece of cardboard which covered the cold pavement, with her back firmly pressed against the wall outside of the Supreme Court in downtown, Kingston. Marie, who hails from western Jamaica, said she fled home in order to find peace of mind.

The 33-year-old, although admitting to feeling unsafe, especially in light of the recent deadly attacks on homeless people in the Corporate Area, said being on the streets gives her a chance to escape her troubles, even at the expense of her own comfort.

"Mi feel better out here to tell yuh di honest truth. Although mi no always comfortable, mi no have nobody a bother mi bout anything," she told THE STAR. Initially, Marie was apprehensive when asked to share her reason for being homeless but eventually gave in.

"Mi can go back (home), but it too much. Mi cyah tek di stress no more. So mi come here (Kingston) and start stay wid a friend but him try tek advantage a mi. So a dats why mi decide fi come out here," she said. Her children were left behind to stay with relatives.

She said it pains her to be away from them but admitted that she is haunted by the demons of her past. Judine said that she experienced sexual abuse, which led her to seek comfort in drugs.

"It no easy. Mi cyah escape mi mind. It easy fi just tell yuhself say that yuh not looking back and focus yuh mind and go back home, but to do it is another thing," she added.

Despite her situation, Marie said she is not giving up on herself.

"Being on the streets help me. A lot of things happened to me and my daughter and sometimes the memories haunt me but I am not giving up," she said.

"Mi still pray and read mi Bible and call up on the man upstairs. Mi just want get a job mi can work as a house help, or as a store clerk. Mi wah fi get out of this situation so mi can take care of mi children. Mi never did expect to come back on the street, but di man did a abuse mi and mi cyah go back home," she said.

Marie, who is 6 feet 1 inch, hoped to one day represent her country, playing netball for the Sunshine Girls.

"Sometimes mi think about it too, but after a while tears come a mi eye 'cause mi know it nah go happen," she said.